By Christie Darelus and James Christopher…

Indiyah stresses the importance of young people understanding what goes on in government, because we don’t think we really need to think about it until we are old enough to vote, but contributions start early!

Here is our interview with Indiya Mabry:

Christie: What was this person running for?

Indiyah: I was working for Jennifer Carroll Foy, and she was running for a State delegacy, which was in the House of Representatives in Virginia. She was running for Virginia Delegate in District 2 to represent her district in Richmond, VA. If elected, she would be working on passing legislation for local government. 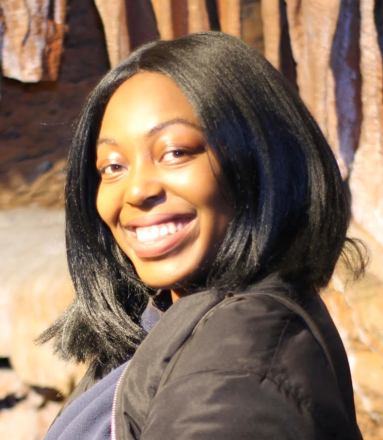 Legislation is law making. The House of Representatives focuses on making laws for that specific area, while Congress makes laws for the entire United States.

Christie: What is your favorite part about working with someone that may soon be elected?

Indiyah: I guess my favorite part was that even though I can’t vote, I was able to sway people’s opinions about the candidate. It was really challenging, really fun being able to get a person that I truly believe in elected.  That was pretty inspiring to me.

James: What was your job role in the office?

Indiyah: I had an internship as a field fellow and I was basically organizing volunteers, and working on a call bank, and going out canvassing.  Canvassing is basically going to door to door and telling them about the election coming up, telling them about the candidate and their values, and their platform…and trying to get other people to volunteer.

James: When did you start and end?

Indiyah: I started early September when school started, and ended a couple of days after election day on November 9th.

James: Describe a normal day for you while working in the campaign office.

Indiyah: If I was doing it after school, I would go I into the Virginia democratic office and setup my laptop and pull up a phone bank prepared for me by my field director, meet with my field office and get a list of people I had to talk to. I would talk to potential voters based on the list given to me, and give them literature about the candidate and their values. I would go out by myself into certain neighborhoods and knock on as many doors as possible, and be willing to talk to anyone about Jennifer’s stance and the election coming up.  I worked about10 hours a week.

James: How did you manage your time between school and this job?

Indiyah: It was kind of difficult because I had another job too. The office was really understanding about putting school first, because we had field fellows who were high school students too.

Christie: What were some of the conversations and reactions you got when you went to people’s homes?

Indiyah: I really love this question, LOL.  It really depended on what area I was in. In Prince William county, it is a liberal area, and the conversations were very different than the ones we had in Stafford, which is a Republican based area.

For example, my first day, with my field officer, I was nervous. I didn’t know how to canvas yet, and there was this one man who handed the literature back to me and said I’m not interested, and I got doors closed in my face, and was at times scared to continue.  I was like okay I can’t do this anymore…

On the other hand, other people were really excited and happy to talk to me about how the political process works.

Some days I walked in the rain and some days it was 90 and above.

James: What were some of the strategies or tactics used with trying to reach the voters and influence their decisions?

Indiyah: We always had to smile! Even if I was terrified and had a huge dog running at me while I was knocking on the door! If no one answered the door, we had to leave literature. We had to try to convince people to support her at the polls.

Lots of people were undecided and then after I spoke to them they said they would do their research.

Sometimes I worked 12 to 7 on Saturdays, and when it got closer to the election, I worked from 8am going to people’s houses and stopped around 5pm. 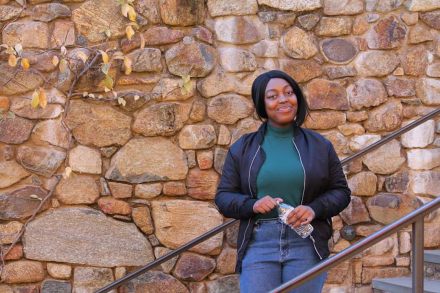 James: Have you built a relationship with the candidate?

Indiyah: I didn’t get to talk to her as much as I would have liked, but she did call me to thank me for working on her campaign, and I told her that I wanted to become an attorney, and she offered me a chance to work in her attorney’s office as an intern.

James: Did you meet any new people while on the job?

Indiyah: Oh yes! I met other people who were running for different delegate seats. I met people from different branches of the military who said that they would vote for her.  All types of different people! I met one woman who said we need to have more women in office. It was actually a great conversation! Overall, so many great people, amazing people that I met during the whole campaign process.

James: How do you personally think you contributed to the campaign as an individual?

Indiyah: I was always putting in work even when I didn’t feel like I wanted to go out, because I really believed in the candidate. It was that way too with other people that worked on the campaign.  They all believed in her, and that’s why she won.

I want to stress the importance of young people interacting with political figures and understanding the election process and what goes on in government because we don’t think we really need to think about it until we are old enough to vote, but contributions start early!